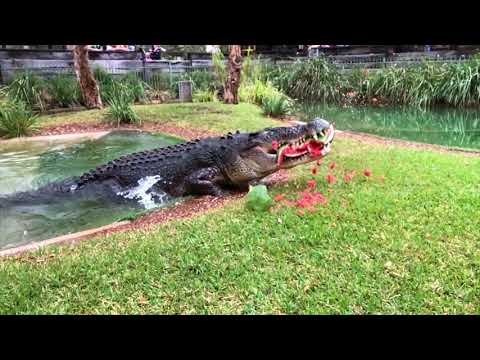 Barn owls are amongst the most majestic birds in the animal kingdom and have been featured in many films and television shows! Visitors to The Australian Reptile Park often exclaim when walking into our owl aviary that they are walking into the set of Harry Potter! Outside the breeding season they are mostly solitary birds, pairing to produce 3-7 white eggs, which are laid in a tree hollow – like what is seen in this video. For ten weeks the parents bring a constant supply of food to the chicks until they are ready to leave the nest!

Found throughout Australia, the species prefers more open habitats than the forest home of the closely related masked owl. By day they roost on a sheltered perch remaining almost motionless for long periods. The barn owl is one of the most widely distributed birds in the world, occurring in Europe, Africa, Asia and the Americas as well as Australia!

Although owls swallow every part of their prey, the indigestible parts like bones are regurgitated as a pellet at a later date. These can often be found in a pile beneath a favourite roost and provide an accurate picture of the bird’s recent meals. This assists keepers monitor their food intake and ensure the owls are eating enough to remain healthy!

How do Galapagos tortoises sweat?!