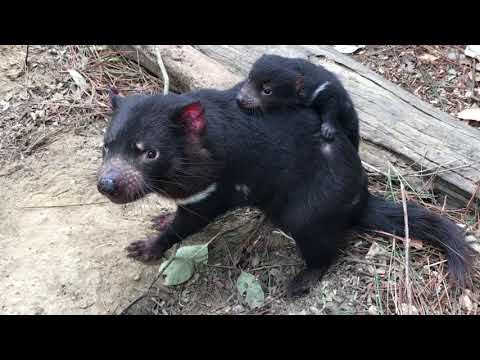 A huntsman spider named “BEHEMOTH” is the biggest spider to be ever handed into Australian Reptile Park. Could it be Australia’s biggest?

November 2016 saw the viral photograph of a massive huntsman sweep the internet. After taking notice of this, The Australian Reptile Park in Somersby, NSW, Australia have had a huntsman spider, that keepers have named “Behemoth”, handed in during their most recent drive to have funnel web spiders brought to the park and Park keepers believe that it could give the November 2016 giant a run for its money.

The Australian Reptile Park’s runs a venom program for milking funnel web spiders which relies solely on public support for funnel-web spider hand-ins to the park or to drop-off zones. In recent weeks, the award-winning wildlife sanctuary has been in the news with a plea for help from the public to help bring in the spiders. Since then, the park has been inundated with all sorts of spiders being dropped off, including “Behemoth” the huntsman spider.

Park keepers also remind people of the importance of spider safety around their homes in the hotter periods of the year when spiders are most active. As experts in spiders, particularly in funnel web behavior, The Australian Reptile Park recommends that residents in areas that have a high number of funnel web spiders have a compression bandage in their house, readily available should someone be bitten.

The Australian Reptile Park website features a safety and capture video online, taking viewers through a step by step process in collection and delivery of a funnel web spider. See Spider First Aid and Drop off Zones on-line at www.reptilepark.com.au